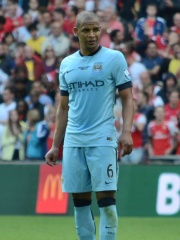 Fernando Francisco Reges Mouta (born 25 July 1987), known simply as Fernando (Brazilian Portuguese: [feʁˈnɐ̃du]), is a Brazilian footballer who plays for Spanish club Sevilla as a defensive midfielder. He spent most of his career with Porto with whom he signed in 2007, going on to appear in 236 competitive matches and win 12 major titles, including four Primeira Liga championships and the 2011 Europa League. Read more on Wikipedia

Since 2007, the English Wikipedia page of Fernando has received more than 193,572 page views. His biography is available in 29 different languages on Wikipedia making him the 3,618th most popular soccer player.

Page views of Fernandos by language