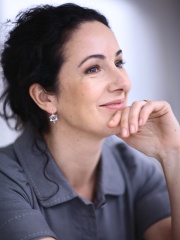 Femke Halsema (pronunciation ; born 25 April 1966) is a Dutch politician and filmmaker. On 27 June 2018 she was appointed Mayor of Amsterdam and began serving a six-year term on 12 July 2018. She is the first woman to hold the position on a non-interim basis. Read more on Wikipedia

Since 2007, the English Wikipedia page of Femke Halsema has received more than 182,200 page views. Her biography is available in 16 different languages on Wikipedia making her the 12,952nd most popular politician.