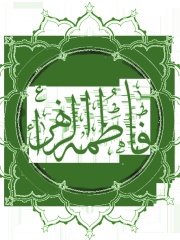 Fāṭima bint Muḥammad (Arabic: فَاطِمَة ٱبْنَت مُحَمَّد, 605/15–632 CE), commonly known as Fāṭima al-Zahrāʾ (فَاطِمَة ٱلزَّهْرَاء), was the daughter of the Islamic prophet Muhammad and his wife Khadija. Fatima's husband was Ali, the fourth of the Rashidun Caliphs and the first Shia Imam. Fatima's sons were Hasan and Husayn, the second and third Shia Imams, respectively.Fatima has been compared to Mary, mother of Jesus, especially in Shia Islam. Read more on Wikipedia

Fatimah is most famous for being the daughter of the Prophet Muhammad and the wife of Ali ibn Abi Talib.

Page views of Fatimahs by language

Among companions, Fatimah ranks 5 out of 673. Before her are Nefertiti, Empress Elisabeth of Austria, Anne Boleyn, and Catherine of Aragon. After her are Catherine de' Medici, Aisha, Mihrimah Sultan, Nurbanu Sultan, Eva Braun, Helena, and Khadija bint Khuwaylid.

Among COMPANIONS In Saudi Arabia