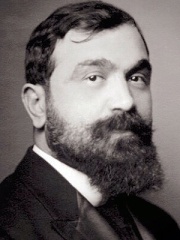 Theofan Stilian Noli, known as Fan Noli (6 January 1882 – 13 March 1965), was an Albanian writer, scholar, diplomat, politician, historian, orator and founder of the Orthodox Church of Albania, who served as Prime Minister and regent of Albania in 1924 during the June Revolution.Fan Noli is venerated in Albania as a champion of literature, history, theology, diplomacy, journalism, music and national unity. He played an important role in the consolidation of Albanian as the national language of Albania with numerous translations of world literature masterpieces. He also wrote extensively in English: as a scholar and author of a series of publications on Skanderbeg, Shakespeare, Beethoven, religious texts and translations. Read more on Wikipedia

Among politicians, Fan Noli ranks 4,655 out of 15,710. Before him are Ablai Khan, Barthold Georg Niebuhr, Abdul Halim Khaddam, Túpac Huallpa, Thomas Boleyn, 1st Earl of Wiltshire, and Maria, Queen of Sicily. After him are Archduke Eugen of Austria, Vratislaus I, Duke of Bohemia, Nikolay Krestinsky, Al-Afdal Shahanshah, Elisabeth of the Palatinate, and James Brooke.