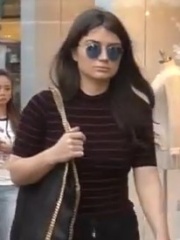 Eve Hewson (born Memphis Eve Sunny Day Hewson; 7 July 1991) is an Irish actress. Her first major role was in the 2011 drama film This Must Be the Place, and she made her television debut as Nurse Lucy Elkins in the 2014 Steven Soderbergh series The Knick. She has appeared in films such as Blood Ties (2013), Bridge of Spies (2015), and Robin Hood (2018). Read more on Wikipedia

Among actors, Eve Hewson ranks 9,038 out of 10,030. Before her are Hoya, Çağla Kubat, Rati Agnihotri, Todd Lowe, Cerina Vincent, and Rina Ikoma. After her are Nadia Bjorlin, Will Tudor, Dana Davis, Josh Helman, Ann Jillian, and Charlotte Hope.