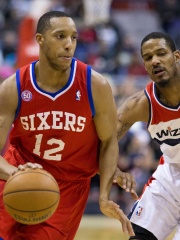 Evan Marcel Turner (born October 27, 1988) is an American professional basketball coach and former player who is an assistant coach for the Boston Celtics of the National Basketball Association (NBA). In 10 seasons as an NBA player, Turner played the point guard, shooting guard, and small forward positions. He was drafted second overall by the Philadelphia 76ers in the 2010 NBA draft.In 2010, Turner was a first-team All-American and the National Player of the Year while playing at Ohio State University; he also became a two-time scoring champion and the Player of the Year for the Big Ten Conference. Read more on Wikipedia