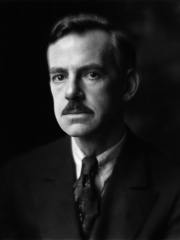 Eugene Gladstone O'Neill (October 16, 1888 – November 27, 1953) was an American playwright and Nobel laureate in Literature. His poetically titled plays were among the first to introduce into U.S. drama techniques of realism earlier associated with Russian playwright Anton Chekhov, Norwegian playwright Henrik Ibsen, and Swedish playwright August Strindberg. The drama Long Day's Journey into Night is often numbered on the short list of the finest U.S. plays in the 20th century, alongside Tennessee Williams's A Streetcar Named Desire and Arthur Miller's Death of a Salesman.O'Neill's plays were among the first to include speeches in American English vernacular and involve characters on the fringes of society. Read more on Wikipedia

Since 2007, the English Wikipedia page of Eugene O'Neill has received more than 2,338,783 page views. His biography is available in 77 different languages on Wikipedia making him the 534th most popular writer.

Among writers, Eugene O'Neill ranks 531 out of 4,883. Before him are Walter Raleigh, Bohumil Hrabal, Patrick Süskind, Charles, Duke of Orléans, Gustav Meyrink, and Muhammad Iqbal. After him are Mihai Eminescu, Ivan Bunin, Tyrtaeus, Gabriele D'Annunzio, Alfred Jarry, and Denis of Portugal.