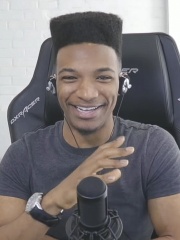 Desmond Daniel Amofah (May 12, 1990 – c. June 19, 2019), better known by his online alias Etika, was an American YouTuber, streamer, and model, best known for his over-the-top reactions to Nintendo Direct presentations. Following several months of exhibiting signs of mental illness, as well as threatening to commit suicide on multiple occasions, Amofah disappeared on the evening of June 19, 2019, after uploading an apologetic video on YouTube in which he admitted to being mentally ill and suicidal. His body was discovered in the East River on June 24 by the New York City Police Department; he was believed to have jumped from the Manhattan Bridge. Read more on Wikipedia

Since 2007, the English Wikipedia page of Etika has received more than 2,263,002 page views. His biography is available in 15 different languages on Wikipedia. Etika is the 24th most popular youtuber, the 15,136th most popular biography from United States and the 15th most popular American Youtuber.

Page views of Etikas by language

Among youtubers, Etika ranks 24 out of 27. Before him are NikkieTutorials, MrBeast, Zach King, Michael Stevens, Jake Paul, and KSI. After him are Jacob Sartorius, Ryan Higa, Zoella, James Charles, Lilly Singh, and Lucas Cruikshank.