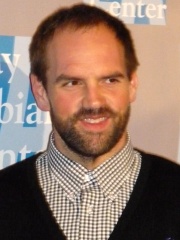 Ethan Suplee (; born May 25, 1976) is an American film and television actor best known for his roles as Seth Ryan in American History X, Louie Lastik in Remember the Titans, Frankie in Boy Meets World, Randy Hickey in My Name Is Earl, Toby in The Wolf of Wall Street, Elwood in Without a Paddle, and his roles in Kevin Smith’s films. Read more on Wikipedia

Since 2007, the English Wikipedia page of Ethan Suplee has received more than 2,856,540 page views. His biography is available in 29 different languages on Wikipedia making him the 5,775th most popular actor.

Among actors, Ethan Suplee ranks 5,737 out of 8,832. Before him are Chiranjeevi, Lyndsy Fonseca, Joey King, John Kerr, Bill Hunter, and Glenn Corbett. After him are Lee Bo-young, Marie Prevost, Peter Sallis, Ian Charleson, Beatrice Lillie, and Larry the Cable Guy.