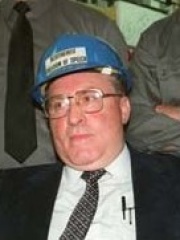 Ernst Christof Friedrich Zündel (German: [ˈtsʏndl̩]; 24 April 1939 – 5 August 2017) was a German neo-Nazi publisher and pamphleteer known for promoting Holocaust denial. He was jailed several times: in Canada for publishing literature "likely to incite hatred against an identifiable group", and on charges of being a threat to national security; in the United States, for overstaying his visa; and in Germany for charges of "inciting racial hatred". Read more on Wikipedia

Since 2007, the English Wikipedia page of Ernst Zündel has received more than 475,284 page views. His biography is available in 16 different languages on Wikipedia making him the 127th most popular extremist.

Among EXTREMISTS In Germany