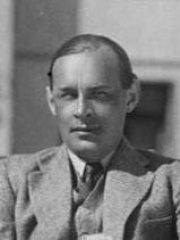 Erich Maria Remarque (, German: [ˈeːʁɪç maˈʁiːa ʁəˈmaʁk] (listen); born Erich Paul Remark; 22 June 1898 – 25 September 1970) was a German-born novelist. His landmark novel All Quiet on the Western Front (1928), based on his experience in the Imperial German Army during World War I, was an international bestseller which created a new literary genre, and was adapted into multiple films. Remarque's anti-war themes led to his condemnation by Nazi propaganda minister Joseph Goebbels as "unpatriotic". Read more on Wikipedia

Erich Maria Remarque is most famous for his novel All Quiet on the Western Front. The novel tells the story of a group of German soldiers fighting in World War I.

Among writers, Erich Maria Remarque ranks 103 out of 5,755. Before him are Ismail I, José Saramago, Theodor Herzl, Aleksandr Solzhenitsyn, André Gide, and Charles Bukowski. After him are Nicolas Flamel, Cato the Elder, Anatole France, Boris Pasternak, Du Fu, and François Rabelais.