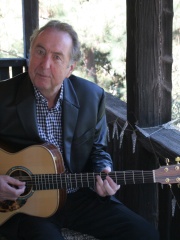 Eric Idle (born 29 March 1943) is an English actor, comedian, author and musician. Idle is a former member of the British surreal comedy group Monty Python, a member of the parody rock band The Rutles, and the writer of the music and lyrics for the Broadway musical Spamalot (based on Monty Python and the Holy Grail). Known for his elaborate wordplay and musical numbers, Idle performed many of Python's songs, including "Always Look on the Bright Side of Life" (from Life of Brian), and the "Galaxy Song" (from The Meaning of Life). Read more on Wikipedia

Since 2007, the English Wikipedia page of Eric Idle has received more than 3,175,513 page views. His biography is available in 49 different languages on Wikipedia making him the 816th most popular actor.