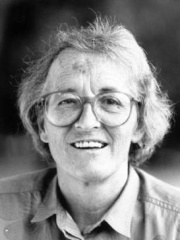 Elisabeth Kübler-Ross (July 8, 1926 – August 24, 2004) was a Swiss-American psychiatrist, a pioneer in near-death studies, and author of the internationally best-selling book, On Death and Dying (1969), where she first discussed her theory of the five stages of grief, also known as the "Kübler-Ross model".Kübler-Ross was a 2007 inductee into the National Women's Hall of Fame, she was named by Time (magazine) as one of the "100 Most Important Thinkers" of the 20th Century and she was the recipient of nineteen honorary degrees. By July 1982, Kübler-Ross taught 125,000 students in death and dying courses in colleges, seminaries, medical schools, hospitals, and social-work institutions. Read more on Wikipedia

Since 2007, the English Wikipedia page of Elisabeth Kübler-Ross has received more than 751,575 page views. Her biography is available in 30 different languages on Wikipedia making her the 41st most popular physician.