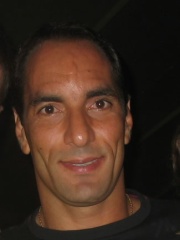 Edmundo Alves de Souza Neto (born 2 April 1971), better known simply as Edmundo, is a Brazilian football pundit and retired footballer who played as a forward. Nicknamed Animal, as a talented yet controversial footballer, he drew attention both for his skill, as well as for his volatile behaviour, both on and off the pitch.Edmundo started his professional career in Vasco da Gama in 1991, making his debut in 1992, where he won the Cariocão Grupo A in 1992. In 1993, he signed with Parmalat football group and moved to Palmeiras, where he was part of the team that won the Brasileirão Série A in 1993 and 1994 and the Paulistão Série A1 in 1993, which ended the club's 17-year major title drought, and 1994, with a loan spell at Parma in 1994. Read more on Wikipedia

Page views of Edmundos by language