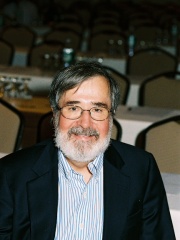 Edmund Melson Clarke, Jr. (born July 27, 1945) is an American retired computer scientist and academic noted for developing model checking, a method for formally verifying hardware and software designs. He is the FORE Systems Professor of Computer Science Emeritus at Carnegie Mellon University. Clarke, along with E. Allen Emerson and Joseph Sifakis, is a recipient of the 2007 Association for Computing Machinery A.M. Read more on Wikipedia

Since 2007, the English Wikipedia page of Edmund M. Clarke has received more than 62,779 page views. His biography is available in 19 different languages on Wikipedia making him the 137th most popular computer scientist.