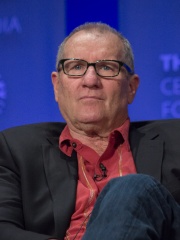 Edward Leonard O'Neill (born April 12, 1946) is an American actor, comedian, and former professional football player. His roles include Al Bundy on the Fox Network sitcom Married... with Children, for which he was nominated for two Golden Globes, and Jay Pritchett on the award-winning ABC sitcom Modern Family, for which he was nominated for three Primetime Emmy Awards and won four Screen Actors Guild Awards (all four for being part of the best Ensemble in a Comedy Series). Read more on Wikipedia

Ed O'Neill is most famous for his role as Al Bundy on the TV sitcom Married with Children.