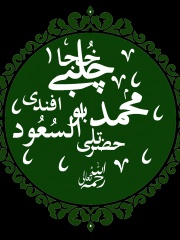 Ebussuud Efendi (Turkish: Mehmed Ebüssuûd Efendi, 30 December 1490 – 23 August 1574) was a Hanafi Maturidi Ottoman jurist and Qur'an exegete, who served as the Qadi (judge) of Istanbul from 1533 to 1537, and the Shaykh al-Islām of the Ottoman Empire from 1545 to 1574. He was also called "El-İmâdî" because his family was from Imâd, a village near Iskilip.Ebussuud was the son of Iskilipli Sheikh Muhiddin Muhammad Efendi. In the 1530s, Ebussuud served as judge in Bursa, Istanbul and Rumelia, where he brought local laws into conformity with Islamic divine law (sharia). Read more on Wikipedia

Ebussuud Efendi is most famous for being a scholar, a poet, and a calligrapher.

Among religious figures, Ebussuud Efendi ranks 803 out of 2,238. Before him are Hélder Câmara, Sen no Rikyū, Conrad Schumann, Antipope Gregory VIII, Eugenia of Rome, and Fatimah bint Asad. After him are Gerard of Csanád, Francisco Jiménez de Cisneros, Giuseppe Bertello, Abdullah ibn Salam, Isidore the Laborer, and Giuseppe Caspar Mezzofanti.