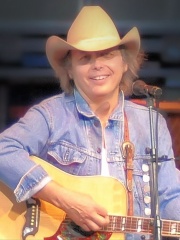 Dwight David Yoakam (born October 23, 1956) is an American singer-songwriter, musician, and actor, known for his pioneering style of country music. First becoming popular in the mid-1980s, Yoakam has recorded more than twenty albums and compilations, charted more than thirty singles on the Billboard Hot Country Songs charts, and sold more than 30 million records. He has recorded five Billboard No. Read more on Wikipedia

Since 2007, the English Wikipedia page of Dwight Yoakam has received more than 3,585,902 page views. Her biography is available in 21 different languages on Wikipedia making her the 1,705th most popular musician.