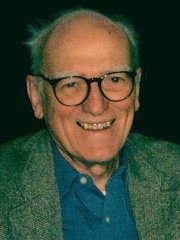 Donald Edwin Westlake (July 12, 1933 – December 31, 2008) was an American writer, with more than a hundred novels and non-fiction books to his credit. He specialized in crime fiction, especially comic capers, with an occasional foray into science fiction and other genres. Westlake is perhaps best-remembered for creating two professional criminal characters who each starred in a long-running series: the relentless, hardboiled Parker (published under the pen name Richard Stark), and John Dortmunder, who featured in a more humorous series.He was a three-time Edgar Award winner, and alongside Joe Gores and William L. DeAndrea was one of few writers to win Edgars in three different categories (1968, Best Novel, God Save the Mark; 1990, Best Short Story, "Too Many Crooks"; 1991, Best Motion Picture Screenplay, The Grifters). Read more on Wikipedia

Among writers, Donald E. Westlake ranks 1,806 out of 5,755. Before him are John of Ephesus, William Caxton, Pavel Bermondt-Avalov, Jorge Manrique, Margarete Buber-Neumann, and I. L. Peretz. After him are Konstantin Paustovsky, David Burliuk, Lady Caroline Lamb, Lilya Brik, Alexandre Benois, and Didymus Chalcenterus.