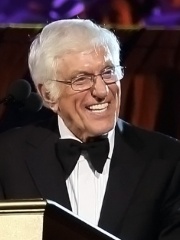 Richard Wayne Van Dyke (born December 13, 1925) is an American actor, comedian, writer, singer, and dancer, whose award-winning career has spanned seven decades. Van Dyke first gained recognition on radio and Broadway, then he became known for his role as Rob Petrie on the CBS television sitcom The Dick Van Dyke Show, which ran from 1961 to 1966. He also gained significant popularity for roles in the musical films Bye Bye Birdie (1963), Mary Poppins (1964), and Chitty Chitty Bang Bang (1968). Read more on Wikipedia

Since 2007, the English Wikipedia page of Dick Van Dyke has received more than 16,895,244 page views. His biography is available in 40 different languages on Wikipedia making him the 363rd most popular comedian.