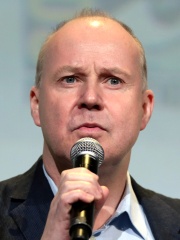 David Yates (born (1963-10-08)8 October 1963) is an English filmmaker who has directed films, short films, and television productions. He is best known for directing the later four films in the Harry Potter series. His work on the series brought him critical and commercial success along with accolades, such as the British Academy Britannia Award for Excellence in Directing.Yates also worked on various short films and became a television director early in his career. His credits include the six-part political thriller State of Play (2003), for which he won the Directors Guild of Great Britain Award for Outstanding Directorial Achievement, the adult two-part documentary drama Sex Traffic (2004) and the Emmy Award-winning television film The Girl in the Café (2005).Yates is a founding member of Directors UK. Read more on Wikipedia

Since 2007, the English Wikipedia page of David Yates has received more than 1,747,398 page views. His biography is available in 37 different languages on Wikipedia making him the 462nd most popular film director.