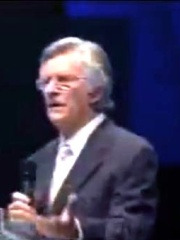 David Ray Wilkerson (May 19, 1931 – April 27, 2011) was an American Christian evangelist, best known for his book The Cross and the Switchblade. He was the founder of the addiction recovery program Teen Challenge, and founding pastor of the non-denominational Times Square Church in New York City. Wilkerson's widely distributed sermons, such as "A Call to Anguish", are known for being direct and frank against apostasy and serious about making the commitment to obey Jesus' teachings. Read more on Wikipedia

Among religious figures, David Wilkerson ranks 1,271 out of 2,272. Before him are Stephen Langton, Franz König, Danilo I, Metropolitan of Cetinje, Claudio Acquaviva, Philotheus I of Constantinople, and Gaëtan Dugas. After him are Peter Bartholomew, Lubomyr Husar, Aulus Licinius Archias, Marcellin Champagnat, Jianzhen, and Anuruddha.