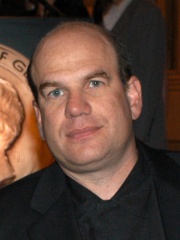 David Judah Simon (born February 9, 1960) is an American author, journalist, and television writer and producer best known for his work on The Wire (2002–08). He worked for the Baltimore Sun City Desk for twelve years (1982–95), wrote Homicide: A Year on the Killing Streets (1991), and co-wrote The Corner: A Year in the Life of an Inner-City Neighborhood (1997) with Ed Burns. The former book was the basis for the NBC series Homicide: Life on the Street (1993–99), on which Simon served as a writer and producer. Read more on Wikipedia

Since 2007, the English Wikipedia page of David Simon has received more than 1,660,533 page views. His biography is available in 17 different languages on Wikipedia making him the 4,762nd most popular writer.