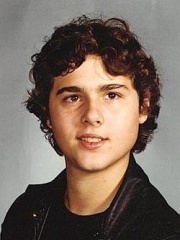 David Reimer (born Bruce Peter Reimer; 22 August 1965 – 4 May 2004) was a Canadian man born male but raised as a girl following medical advice and intervention after his penis was severely injured during a botched circumcision in infancy.The psychologist John Money oversaw the case and reported the reassignment as successful and as evidence that gender identity is primarily learned. The academic sexologist Milton Diamond later reported that Reimer's realization that he was not a girl crystallized between the ages of 9 and 11 years and he transitioned to living as a male at age 15. Well known in medical circles for years anonymously as the "John/Joan" case, Reimer later went public with his story to help discourage similar medical practices. Read more on Wikipedia

Among CELEBRITIES In Canada

Among celebrities born in Canada, David Reimer ranks 1. After him are Daniel David Palmer (1845).