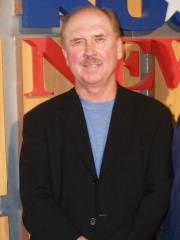 David Morrell (born April 24, 1943) is a Canadian-American novelist best known for his debut 1972 novel First Blood, later adapted as the 1982 film of the same name, which went on to spawn the successful Rambo franchise starring Sylvester Stallone. He has written 28 novels, and his work has been translated into 30 languages. Read more on Wikipedia

Among writers, David Morrell ranks 2,129 out of 5,794. Before him are Bâkî, Prince Henri of Orléans, Dexippus, Stefan Heym, Robert Jordan, and Ida Tarbell. After him are Paul Hazard, Herman Bang, Irvine Welsh, Zbigniew Herbert, Sait Faik Abasıyanık, and Leopoldo Alas.