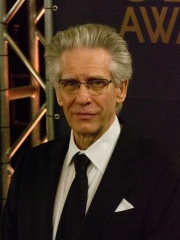 David Paul Cronenberg (born March 15, 1943) is a Canadian film director, screenwriter, and actor. He is one of the principal originators of what is commonly known as the body horror genre, with his films exploring visceral bodily transformation, infectious diseases, and the intertwining of the psychological, the physical and the technological. Cronenberg is best known for exploring these themes through sci-fi horror films such as Shivers (1975), Scanners (1981), Videodrome (1983) and The Fly (1986), though he has also directed dramas, psychological thrillers and gangster films.Cronenberg's films have polarized critics and audiences alike; he has earned critical acclaim and has sparked controversy for his depictions of gore and violence. Read more on Wikipedia

David Cronenberg is most famous for his horror films, but he has also directed films in other genres.

Among FILM DIRECTORS In Canada