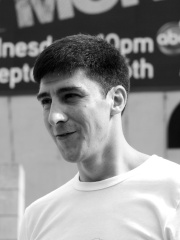 David Belle (born 29 April 1973) is a French actor, film choreographer and stunt coordinator. He is deemed the founder and leading pioneer of the physical discipline Parkour, coining it based on his training and the teachings from his father Raymond Belle. Belle came to fame via his parkour videos and film appearances, such as District 13, District 13: Ultimatum, which were written and produced by Luc Besson, and the American remake Brick Mansions. Read more on Wikipedia

Since 2007, the English Wikipedia page of David Belle has received more than 755,598 page views. His biography is available in 30 different languages on Wikipedia making him the 1,931st most popular actor.