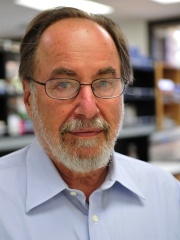 David Baltimore (born March 7, 1938) is an American biologist, university administrator, and 1975 Nobel laureate in Physiology or Medicine, he is a professor of biology at the California Institute of Technology (Caltech), where he served as president from 1997 to 2006. He also serves as the director of the Joint Center for Translational Medicine, which joins Caltech and UCLA in a program to translate basic science discoveries into clinical realities. He is the president emeritus and Robert Andrews Millikan Professor of Biology at Caltech. Read more on Wikipedia

Since 2007, the English Wikipedia page of David Baltimore has received more than 391,748 page views. His biography is available in 47 different languages on Wikipedia making him the 235th most popular biologist.