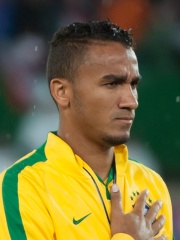 Danilo Luiz da Silva (born 15 July 1991), known simply as Danilo, is a Brazilian professional footballer who plays as a right-back for Serie A club Juventus and the Brazil national team. Danilo began his career with América Mineiro before moving to Santos, where he scored the goal that won the 2011 Copa Libertadores. In January 2012, he moved to Portuguese club Porto, where he won consecutive Primeira Liga titles. Read more on Wikipedia

Since 2007, the English Wikipedia page of Danilo has received more than 98,360 page views. His biography is available in 45 different languages on Wikipedia making him the 2,051st most popular soccer player.

Page views of Danilos by language