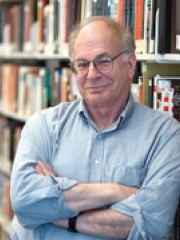 Daniel Kahneman (; Hebrew: דניאל כהנמן; born March 5, 1934) is an Israeli-American psychologist and economist notable for his work on the psychology of judgment and decision-making, as well as behavioral economics, for which he was awarded the 2002 Nobel Memorial Prize in Economic Sciences (shared with Vernon L. Smith). Read more on Wikipedia

Daniel Kahneman is most famous for his work in behavioral economics. He is a psychologist and economist who has spent his career studying human judgment and decision-making. His research shows that people are not the rational, self-interested actors they are often assumed to be.

Among psychologists, Daniel Kahneman ranks 23 out of 183. Before him are John B. Watson, Kurt Lewin, B. F. Skinner, Edward Thorndike, Melanie Klein, and Anna Freud. After him are Wilhelm Reich, Irvin D. Yalom, Alfred Binet, Lawrence Kohlberg, Hermann Ebbinghaus, and Gustav Fechner.

Among PSYCHOLOGISTS In Israel

Among psychologists born in Israel, Daniel Kahneman ranks 1. After him are Amos Tversky (1937).