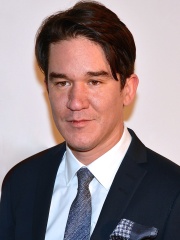 Jorge Daniel Espinosa (born 23 March 1977) is a Swedish film director from Trångsund, Stockholm of Chilean origin. He attended the National Film School of Denmark and graduated in 2001. His third feature film, Easy Money, was the Swedish film with the most admissions in Sweden in 2010. Read more on Wikipedia

Since 2007, the English Wikipedia page of Daniel Espinosa has received more than 520,634 page views. His biography is available in 19 different languages on Wikipedia making him the 1,149th most popular film director.