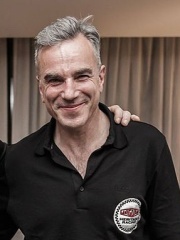 Sir Daniel Michael Blake Day-Lewis (born 29 April 1957) is an English retired actor. Often described as one of the preeminent actors of his generation, he received numerous accolades throughout his career which spanned over four decades, including three Academy Awards for Best Actor, making him the first and only actor to have three wins in that category, and the third male actor to win three competitive Academy Awards for acting, the sixth performer overall. Additionally, he has received four British Academy Film Awards, three Screen Actors Guild Awards and two Golden Globe Awards. Read more on Wikipedia

Daniel Day-Lewis is an actor who has been nominated for and won many awards, including three Academy Awards. He is most famous for his roles in films such as My Left Foot, There Will Be Blood, Lincoln, and Gangs of New York.