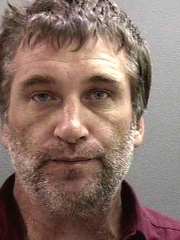 Daniel Leroy Baldwin (born October 5, 1960) is an American actor, director and producer. He is the third youngest of the four Baldwin brothers, all of whom are actors. Baldwin played the role of Detective Beau Felton in the NBC TV series Homicide: Life on the Street, and has also starred in Ned Blessing: The True Story of My Life (1992), Mulholland Falls (1996), Vampires (1998), The Pandora Project (1998), Stealing Candy (2002), Paparazzi (2004) and Grey Gardens (2009). Read more on Wikipedia

Since 2007, the English Wikipedia page of Daniel Baldwin has received more than 4,797,027 page views. His biography is available in 25 different languages on Wikipedia making him the 2,653rd most popular actor.