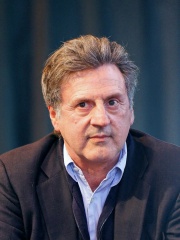 Daniel Auteuil (French: [danjɛl otœj]; born 24 January 1950) is a French actor and director who has appeared in a wide range of film genres, including period dramas, romantic comedies, and crime thrillers. In 1996 he won the Best Actor Award at the Cannes Film Festival together with Belgian actor Pascal Duquenne. He is also the winner of two César Awards for Best Actor, one in 1987 as Ugolin Soubeyran in Jean de Florette and Manon des Sources and one for his role in Girl on the Bridge. Read more on Wikipedia

Daniel Auteuil is most famous for his roles in French films, such as "Jean de Florette" and "Manon des Sources."

Among ACTORS In Algeria