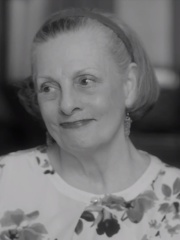 Dana Robins Ivey (born August 12, 1941) is an American actress. She is a five-time Tony Award nominee for her work on Broadway, and won the 1997 Drama Desk Award for Outstanding Featured Actress in a Play for her work in both Sex and Longing and The Last Night of Ballyhoo. Read more on Wikipedia

Since 2007, the English Wikipedia page of Dana Ivey has received more than 739,314 page views. Her biography is available in 15 different languages on Wikipedia making her the 2,408th most popular actor.