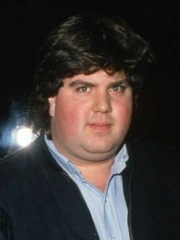 Dan Schneider (born January 14, 1966) is an American television producer, screenwriter, and actor. After appearing in mostly supporting roles in a number of 1980s and 1990s films and TV shows, Schneider devoted himself to behind-the-scenes work in production. He is the co-president of television production company Schneider's Bakery and made What I Like About You for The WB and All That, The Amanda Show, Drake & Josh, Zoey 101, iCarly, Victorious, Sam & Cat, Henry Danger, Game Shakers, and The Adventures of Kid Danger for Nickelodeon. Read more on Wikipedia

Among actors, Dan Schneider ranks 3,801 out of 10,030. Before him are Thure Lindhardt, Steve Forrest, Yvonne Craig, Trine Dyrholm, Fares Fares, and Carlo Verdone. After him are Cardi B, Anne Jackson, Anton Walbrook, Kim Manners, Ola Rapace, and Lorna Luft.