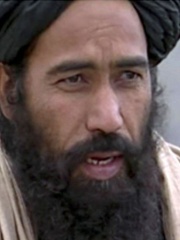 Dadullah (1966 – May 11, 2007) was the Taliban's senior military commander in Afghanistan until his death in 2007. He was also known as Maulavi or Mullah Dadullah Akhund (Pashto: ملا دادالله آخوند). He also earned the nickname of Lang, meaning "lame" (as in Timur Lang), because of a leg he lost during fighting.An ethnic Pashtun from the Kakar tribe of Kandahar Province, he was known as "The Butcher", even among fellow Talibans, for his outbursts of violence, notably in cutting men's heads off, as per some even being stripped of his command at least two times by Mullah Omar due to his extreme behavior.According to the United Nations' list of entities belonging to or associated with the Al-Qaeda organization, he had been the Taliban's Minister of Construction. Read more on Wikipedia

Page views of Dadullahs by language