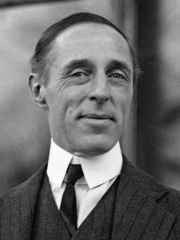 David Wark Griffith (January 22, 1875 – July 23, 1948) was an American film director. Considered one of the most influential figures in the history of the motion picture, he pioneered many aspects of film editing and expanded the art of the narrative film.Griffith is known to modern audiences primarily for directing the film The Birth of a Nation (1915). One of the most financially successful films of all time, it made investors enormous profits, but it also attracted much controversy for its anti- Semitic views and degrading portrayals of African Americans, its glorification of the Ku Klux Klan, and its racist viewpoint. Read more on Wikipedia

D. W. Griffith is most famous for the film Birth of a Nation, a silent film that is credited with inventing many of the techniques of modern filmmaking.