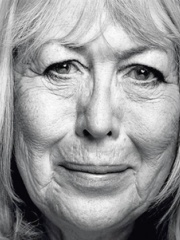 Cynthia Powell Lennon (née Powell; 10 September 1939 – 1 April 2015) was the first wife of John Lennon and the mother of Julian Lennon. Born in Blackpool and raised in Hoylake on the Wirral Peninsula, Cynthia Powell was accepted into the Junior Art School at the age of 12 and later enrolled at the Liverpool College of Art where Lennon was a student. Powell and Lennon started a relationship after meeting in a calligraphy class. Read more on Wikipedia

Among companions, Cynthia Lennon ranks 248 out of 687. Before her are Therese of Saxe-Hildburghausen, Sophia Dorothea of Celle, Bertha of Holland, Princess Clémentine of Orléans, Mary, Princess Royal and Countess of Harewood, and Sophie of Württemberg. After her are Princess Taiping, Elisabeth of Romania, Sophie Amalie of Brunswick-Lüneburg, Mary of Hungary, Queen of Naples, Sophie of France, and Adelaide of Austria.