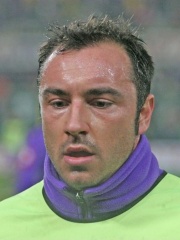 Cristian Brocchi (Italian pronunciation: [ˈkristjam ˈbrɔkki]; born 30 January 1976) is an Italian football manager and former player, who is the current manager of Italian club Monza. Brocchi previously served as assistant manager at Chinese side Jiangsu Suning, while his previous job was that of head coach of Brescia as well as his former club Milan.As a defensive midfielder, Brocchi was rated for his durability and tackling. He began his career with hometown club Milan, but he struggled to break into the first team as a youngster. Read more on Wikipedia

Since 2007, the English Wikipedia page of Cristian Brocchi has received more than 261,398 page views. His biography is available in 31 different languages on Wikipedia making him the 3,667th most popular soccer player.