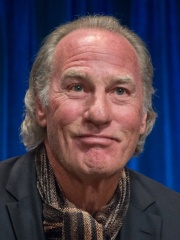 Craig Theodore Nelson (born April 4, 1944) is an American actor and former stand-up comedian. He is known for his roles as Hayden Fox in the sitcom Coach (for which he won a Primetime Emmy Award for Outstanding Lead Actor in a Comedy Series), Deputy Ward Wilson in the 1980 film Stir Crazy, Steve Freeling in the 1982 film Poltergeist, Peter Dellaplane in Action Jackson, and Chief Howard Hyde in Turner & Hooch (1989), the warden in My Name is Earl, and Mr. Incredible in the 2004 film The Incredibles and its 2018 sequel. Read more on Wikipedia

Since 2007, the English Wikipedia page of Craig T. Nelson has received more than 4,103,543 page views. His biography is available in 28 different languages on Wikipedia making him the 2,041st most popular actor.