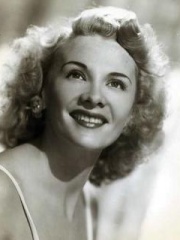 Connie Sawyer (born Rosie Cohen; November 27, 1912 – January 21, 2018) was an American stage, film, and television actress, affectionately nicknamed "The Clown Princess of Comedy". She had over 140 film and television credits to her name, but was best known for her appearances in Pineapple Express, Dumb and Dumber, and When Harry Met Sally.... Read more on Wikipedia

Since 2007, the English Wikipedia page of Connie Sawyer has received more than 372,710 page views. Her biography is available in 17 different languages on Wikipedia making her the 4,311th most popular actor.