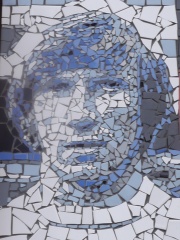 Colin Bell MBE (born 26 February 1946) is an English former footballer. Known for his period at Manchester City, where he was nicknamed "The King of the Kippax" (after Maine Road's Kippax Street terraced stand renowned for its singing) and Nijinsky (after the famous racehorse, due to his renowned stamina). Bell played as a midfielder and is widely regarded as one of Manchester City's finest-ever players. Read more on Wikipedia

Since 2007, the English Wikipedia page of Colin Bell has received more than 275,097 page views. His biography is available in 24 different languages on Wikipedia making him the 2,738th most popular soccer player.