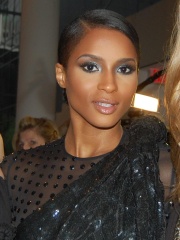 Ciara Princess Wilson ( see-ERR-ə) (née Harris, born October 25, 1985) is an American singer, songwriter, dancer, and model. Born in Austin, Texas, she traveled around the world during her childhood, eventually moving to Atlanta, Georgia, where she joined the girl group Hearsay. She later signed a publishing deal and befriended producer Jazze Pha, who recorded demos that would appear on her debut album. Read more on Wikipedia

Since 2007, the English Wikipedia page of Ciara has received more than 9,565,209 page views. Her biography is available in 42 different languages on Wikipedia making her the 1,801st most popular actor.

Page views of Ciaras by language