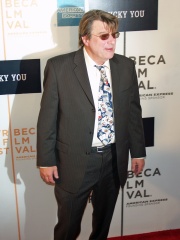 Christopher Young (born April 28, 1958) is an American composer and orchestrator of film and television scores.Many of his compositions are for horror and thriller films, including Hellraiser, Species, Urban Legend, The Grudge, The Exorcism of Emily Rose, Drag Me to Hell, Sinister, Deliver Us from Evil and Pet Sematary. Other works include Rapid Fire, Copycat, Set It Off, Entrapment, The Hurricane, Swordfish, Ghost Rider, Spider-Man 3 and The Shipping News, for which he was nominated for a Golden Globe Award for Best Original Score. Young was honored with the prestigious Richard Kirk award at the 2008 BMI Film and TV Awards. Read more on Wikipedia