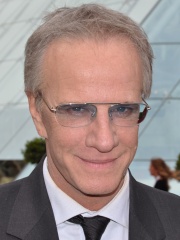 Christophe Guy Denis Lambert (; French: [lɑ̃bɛʁ]; born 29 March 1957), known professionally as Christopher Lambert, is an American-born French actor, novelist, and producer. He started his career playing supporting parts in several French films, and became internationally famous with the role of Tarzan in Greystoke: The Legend of Tarzan, Lord of the Apes in 1984. For his performance in the 1985 film Subway, Lambert received the César Award for Best Actor. Read more on Wikipedia

Since 2007, the English Wikipedia page of Christopher Lambert has received more than 4,007,032 page views. His biography is available in 45 different languages on Wikipedia making him the 412th most popular actor.