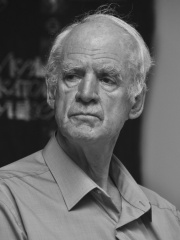 Charles Margrave Taylor (born November 5, 1931) is a Canadian philosopher from Montreal, Quebec, and professor emeritus at McGill University best known for his contributions to political philosophy, the philosophy of social science, the history of philosophy, and intellectual history. His work has earned him the Kyoto Prize, the Templeton Prize, the Berggruen Prize for Philosophy, and the John W. Kluge Prize. In 2007, Taylor served with Gérard Bouchard on the Bouchard–Taylor Commission on reasonable accommodation with regard to cultural differences in the province of Quebec. Read more on Wikipedia

Charles Taylor is most famous for his book Sources of the Self, which is a philosophical exploration of the origins of the modern self and its implications for the individual and society.

Among PHILOSOPHERS In Canada