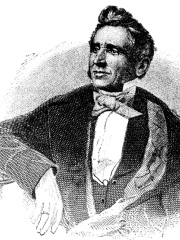 Charles Goodyear (December 29, 1800 – July 1, 1860) was an American self-taught chemist and manufacturing engineer who developed vulcanized rubber, for which he received patent number 3633 from the United States Patent Office on June 15, 1844.Goodyear is credited with inventing the chemical process to create and manufacture pliable, waterproof, moldable rubber.Goodyear's discovery of the vulcanization process followed five years of searching for a more stable rubber and stumbling upon the effectiveness of heating after Thomas Hancock. His discovery initiated decades of successful rubber manufacturing in the Lower Naugatuck Valley in Connecticut, as rubber was adopted to multiple applications, including footwear and tires. Read more on Wikipedia

Charles Goodyear is most famous for inventing vulcanized rubber, which is rubber that has been treated with sulfur.