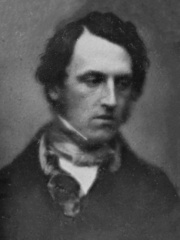 Charles John Canning, 1st Earl Canning, (14 December 1812 – 17 June 1862), also known as The Viscount Canning and Clemency Canning was an English statesman and Governor-General of India during the Indian Rebellion of 1857 and the first Viceroy of India after the transfer of power from the East India Company to the Crown of Queen Victoria in 1858 after the rebellion was crushed.Canning is credited for ensuring that the administration and most departments of the government functioned normally during the rebellion and took major administrative decisions even when peak of the Rebellion in 1857 including establishing of the first three modern Universities in India, the University of Calcutta, University of Madras and University of Bombay based on Wood's despatch. Canning passed the Hindu Widows' Remarriage Act, 1856 which was drafted by his predecessor Lord Dalhousie before the rebellion.He also passed The General Service Enlistment Act Of 1856.After the rebellion he presided over a smooth transfer and reorganisation of government from the East India company to the crown, the Indian Penal Code was drafted in 1860 based on the code drafted by Macaulay and came into force in 1862. Canning met the rebellion '"with firmness, confidence, magnanimity and calm" as per his biographer. Read more on Wikipedia

Since 2007, the English Wikipedia page of Charles Canning, 1st Earl Canning has received more than 365,973 page views. His biography is available in 18 different languages on Wikipedia making him the 12,538th most popular politician.