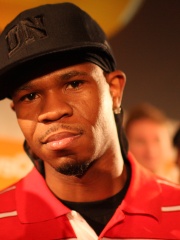 Hakeem Temidayo Seriki (born November 28, 1979), better known by his stage name Chamillionaire (), is an American rapper and entrepreneur from Houston, Texas. His father originally came from Lagos, Nigeria.He was the founder and an original member of The Color Changin' Click from 2001 until the group split in 2005. He began his solo career with local releases in 2002, including the collaborative album Get Ya Mind Correct with fellow Houston rapper and childhood friend Paul Wall. Read more on Wikipedia

Page views of Chamillionaires by language

Among singers, Chamillionaire ranks 2,593 out of 3,541. Before him are Bilal Hassani, Hannah Mancini, Eve, Ewa Farna, Ledina Çelo, and Tamara Gachechiladze. After him are Peter Andre, Meek Mill, Omar Naber, Crystal Kay, Offset, and Gjoko Taneski.